Wed. morning I left Bham with several caver friends to Arkansas to paddle on the Buffalo River. It's about a 10 hr. drive. We arrived at the Mt Hersey take-out and set up camp. 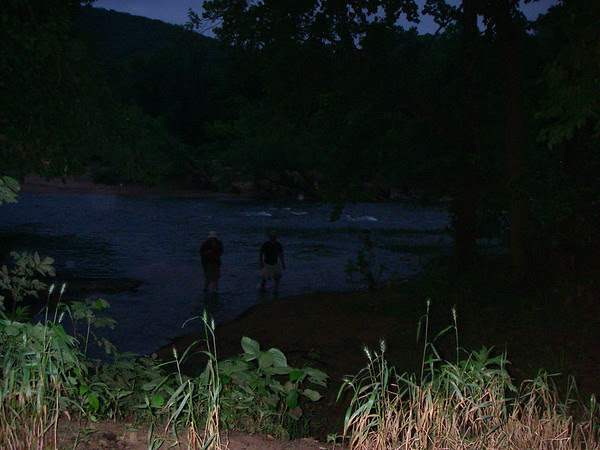 Some of our group had to work and didn't start driving until 5:30 pm, so they got into camp in the middle of the night.
In the morning we packed up everything and drove to the put-in at Pruitt. An outfitter offloading boats and boaters at Hersey told us it was too low to run the section we chose. This proved well for us because we only encountered a couple of other boaters on our journey, yet never had to portage our boats.
I was paddling in the driver's seat of an Old Town canoe. The Buffalo is very beautiful with tall bluffs and lots of swimming holes. 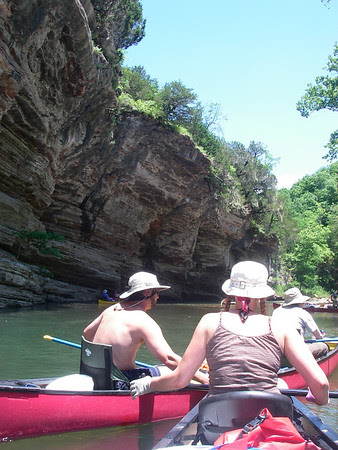 A handy rope swing or two... 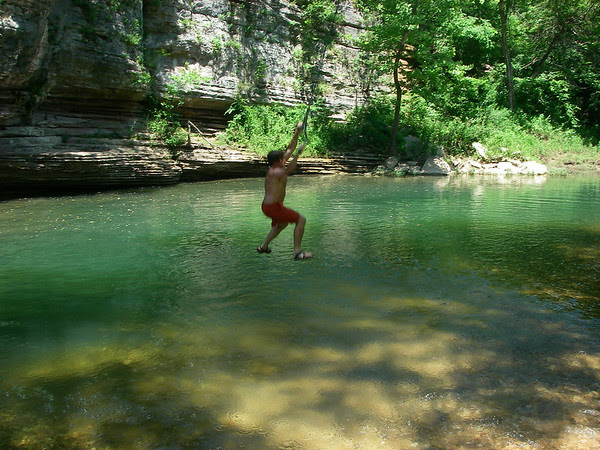 We camped on an island. 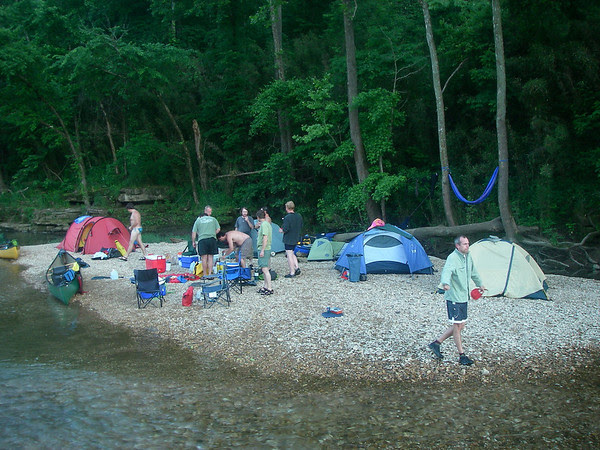 The water was cool and very very clear. 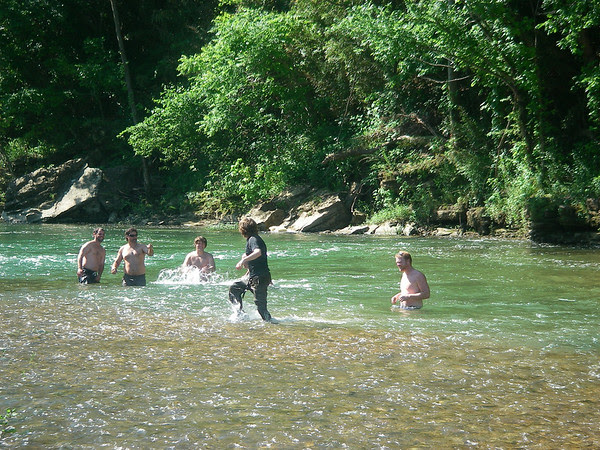 Somewhere around where the trail started to get steeper I smelled something really really bad, and wondered if it was a bear -aren't bears supposed to stink? Then a few steps further I wondered if it was 20 bears, then 20 dead bears... what I smelled was guano from a very large bat cave. It's a habitat for grey bats and is closed to access. Though I wouldn't access it even if it was mandatory to go further - that was some serious stink!
Past that the smell dissipated and we arrived at a beautiful cliff face, and had lunch there. Pictures: 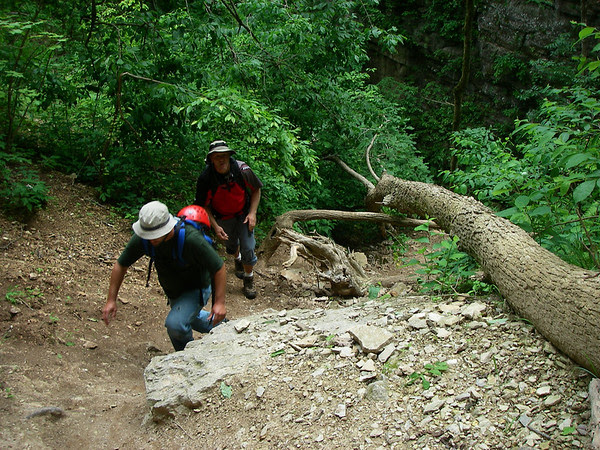 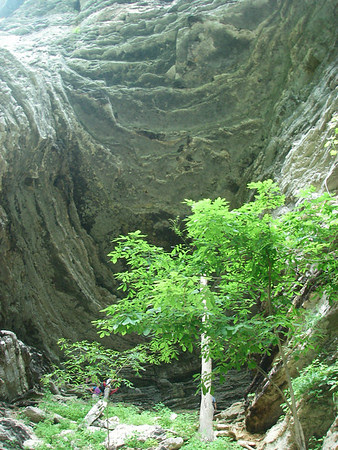 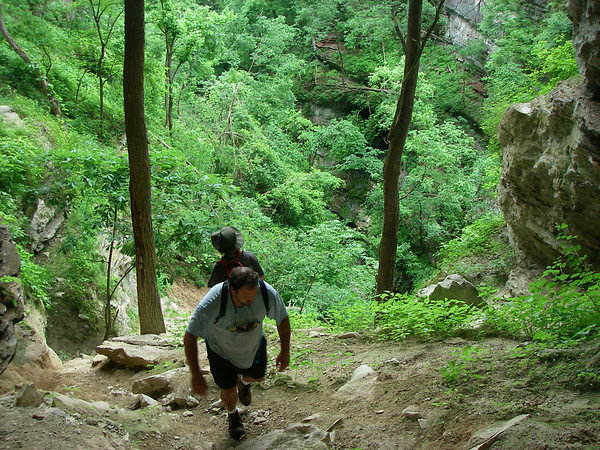 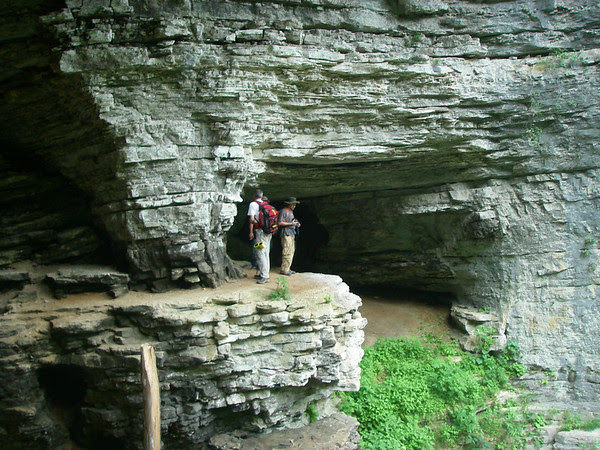 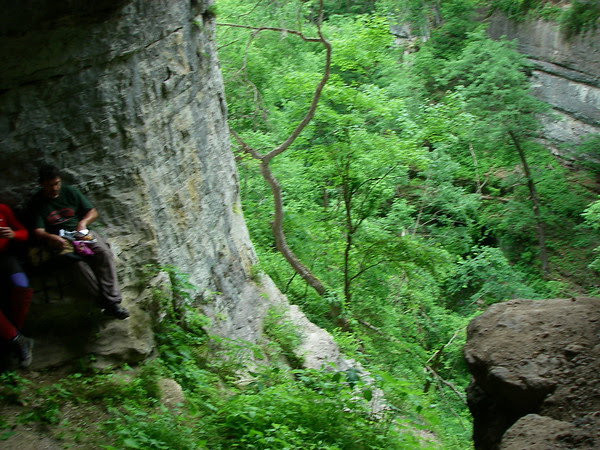 After lunch we headed up further, through a little tunnel... 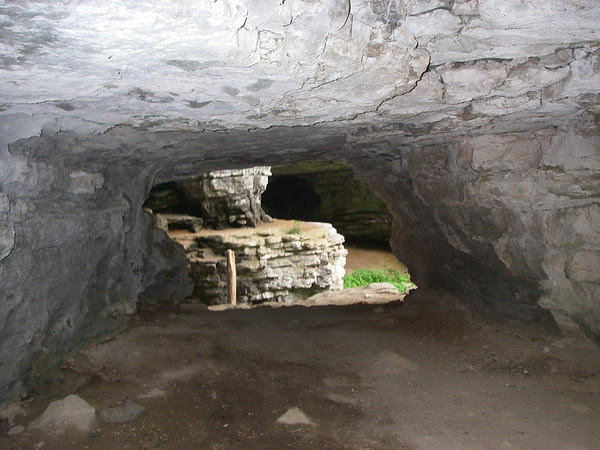 to a feature called the Eye of the Needle. 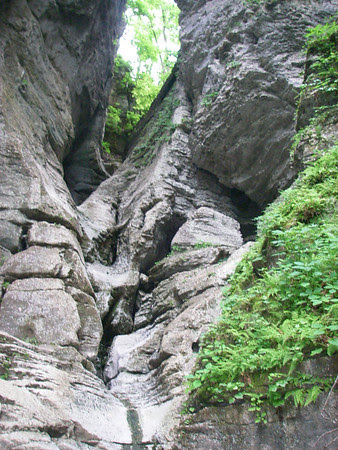 This has a small cave in it, that a couple of folks did a short ' through trip' through. It had a handline in it, but we rigged it anyway. 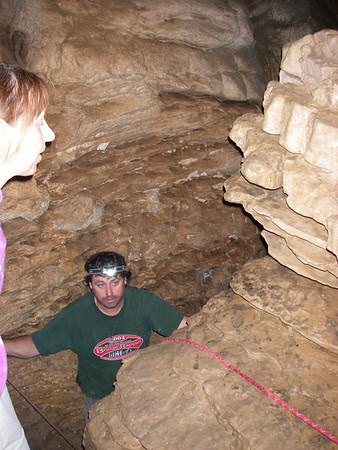 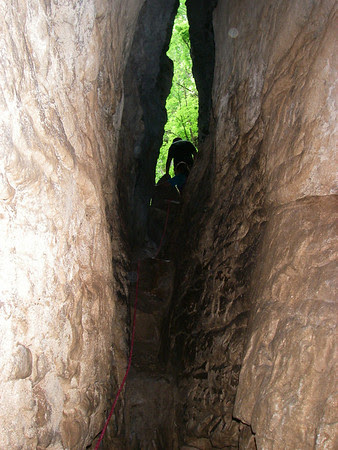 A local caver, Chaz, showed up then. He had hiked from the top where he parked his car for our shuttle. 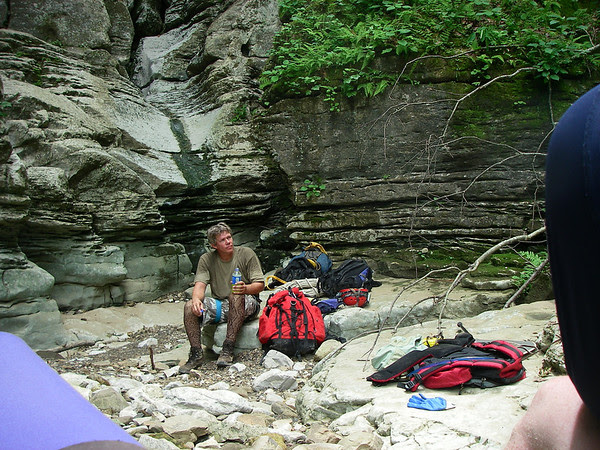 He showed us the way to a nearby 146 ft. pit, called, "Ozark Adventure". Adventure it was, because this pit is located on a very steep slope with a drop-off that would culminate your earthly adventures for good. There wasn't a 'trail', 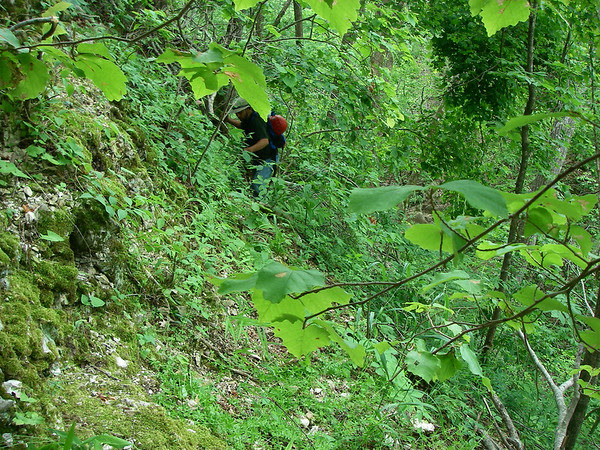 it was just clutch the trees and roots on the side of the hill, move sideways, and pick the ticks off of you when you arrived at the pit. I pondered the wisdom of going to this pit as I recalled falling off of a cliff a year ago. But there we were... ;-) 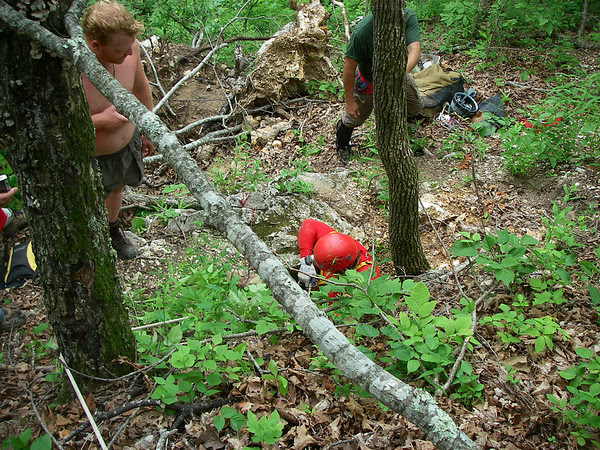 At least the pit entrance had a little flat plateau.
They rigged the pit and some of the group rappelled it. I did not do this pit. 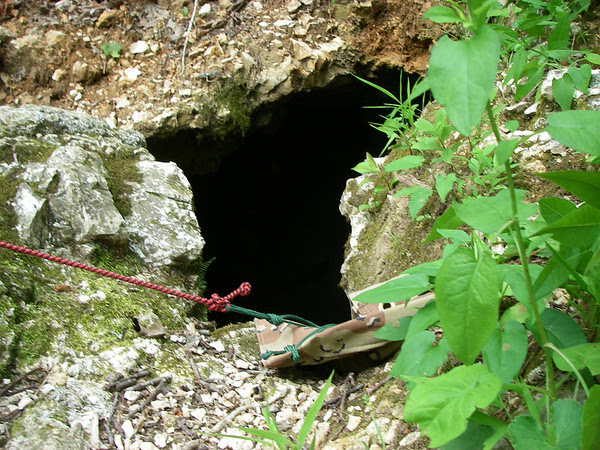 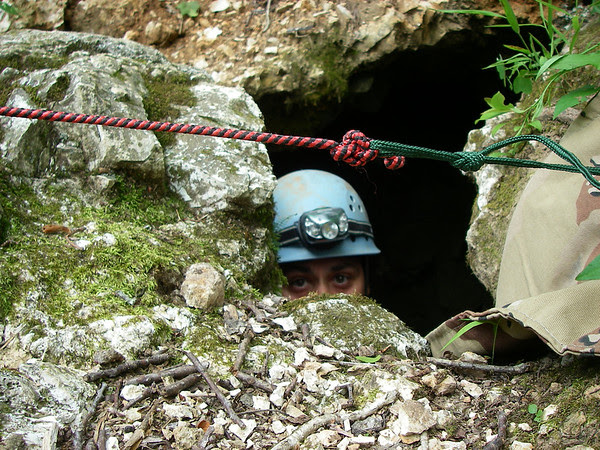 There is a rule right now because of white nose syndrome, that cavers from out of state not use gear in Arkansas that has been in a white nose state or a state bordering the white nose states. So these guys brought new helmets, new climbing gear and boots, and sewed harnesses so that they could do this pit and the other small cave. 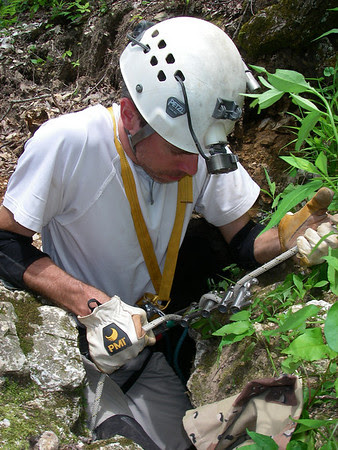 After the pit bouncing we headed up and out of the Indian Creek gorge. 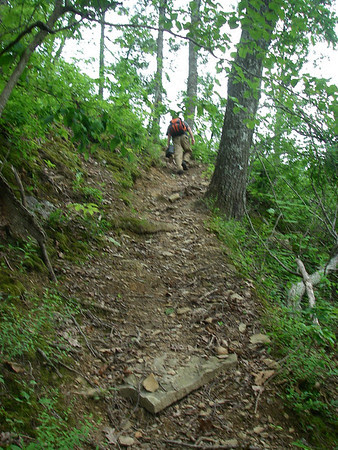 ... to find that Chaz had ice cold watermelon for us! 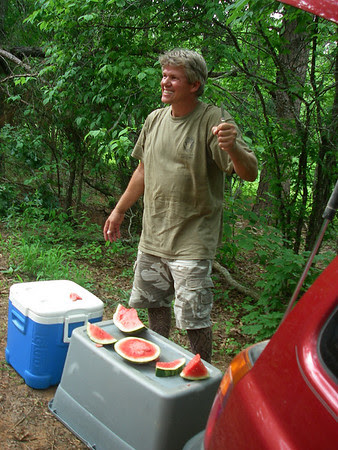 One more night camping at Hersey, then the long drive home yesterday.
If you get the opportunity to do the Buffalo and/or hike Indian Creek, do it! It was a great trip.
Posted by Judy Ranelli at 9:03 AM 6 comments: